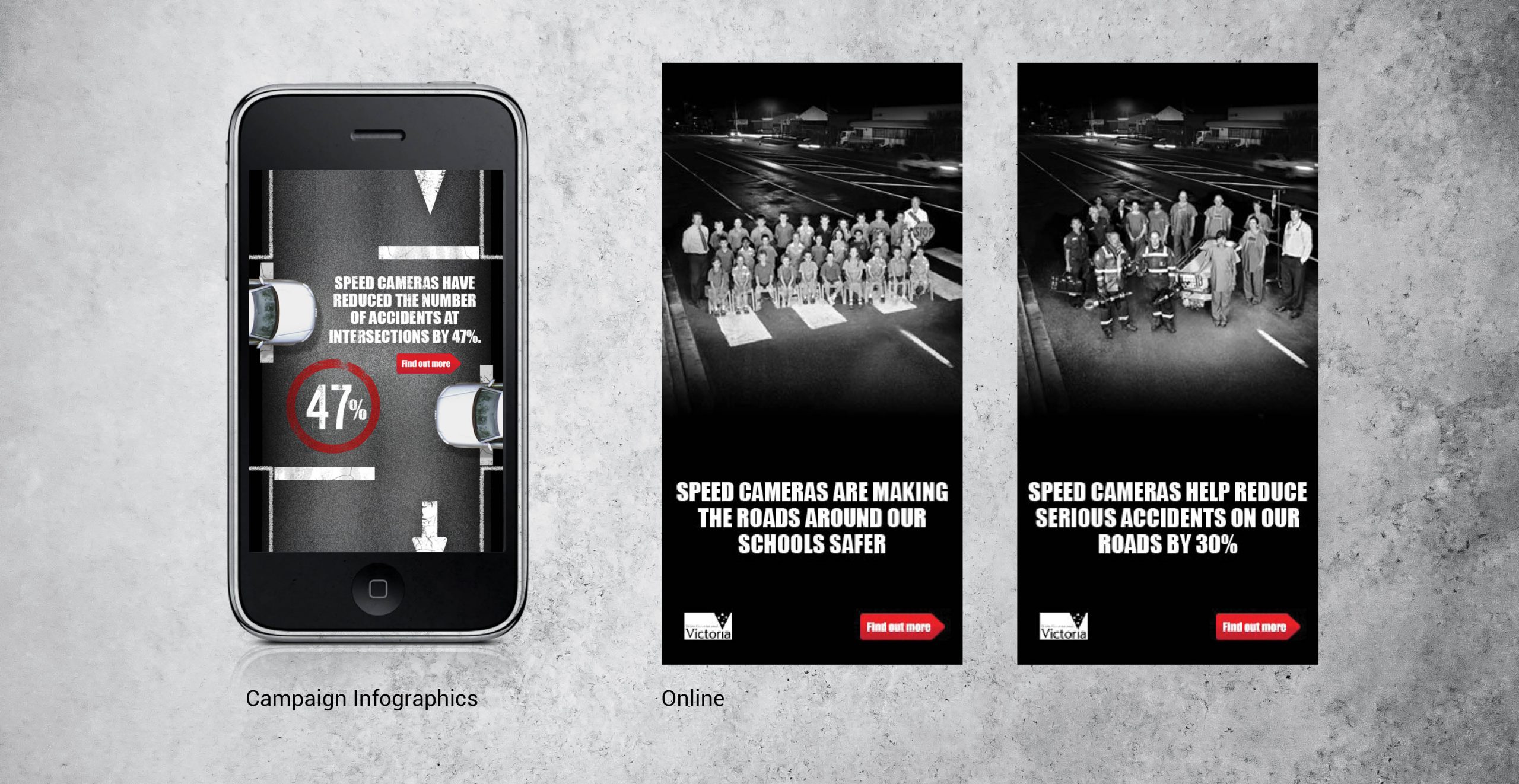 The Victorian Government is committed to restoring the public’s faith in the integrity of Victoria’s speed camera system, and wanted to develop a campaign to address the myriad of misconceptions around speed cameras. GenR8 were charged with the job of creating a campaign to re-position cameras and make Victorians aware that cameras save lives. Our message needed to depict speed as the enemy, not speed cameras. So our creative strategy exposed people to the wider good about speed cameras – the ‘bigger picture’. Our subject matter was highly emotive and shows a human face behind speed cameras. The story was supported by hard facts to offer real proof that speed cameras do indeed save lives and keep us all safer. A 30 sec TVC was aired across Victoria and supported by a substantial online media campaign. The creative was also translated into infographics on the government website www.camerassavelives.vic.gov.au.

‘Fire Safety Starts With You’ Campaign